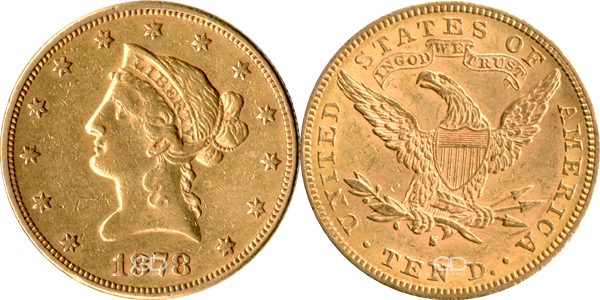 The obverse of the 1891 Liberty Eagle coin depicts an image of a crowned Lady Liberty surrounded with 13 stars representing the 13 original colonies. On the opposite side of the coin is a bald eagle as pictured below:

The seal for the President of the United States was virtually the same, except the eagle faced the talon holding the arrows until 1945. Signifying a preference for war? In 1945, Harry S Truman changed it so that the seals were the same.

The Liberty Gold Coins were designed by Christian Gobrecht and has been out of currency circulation since 1933.